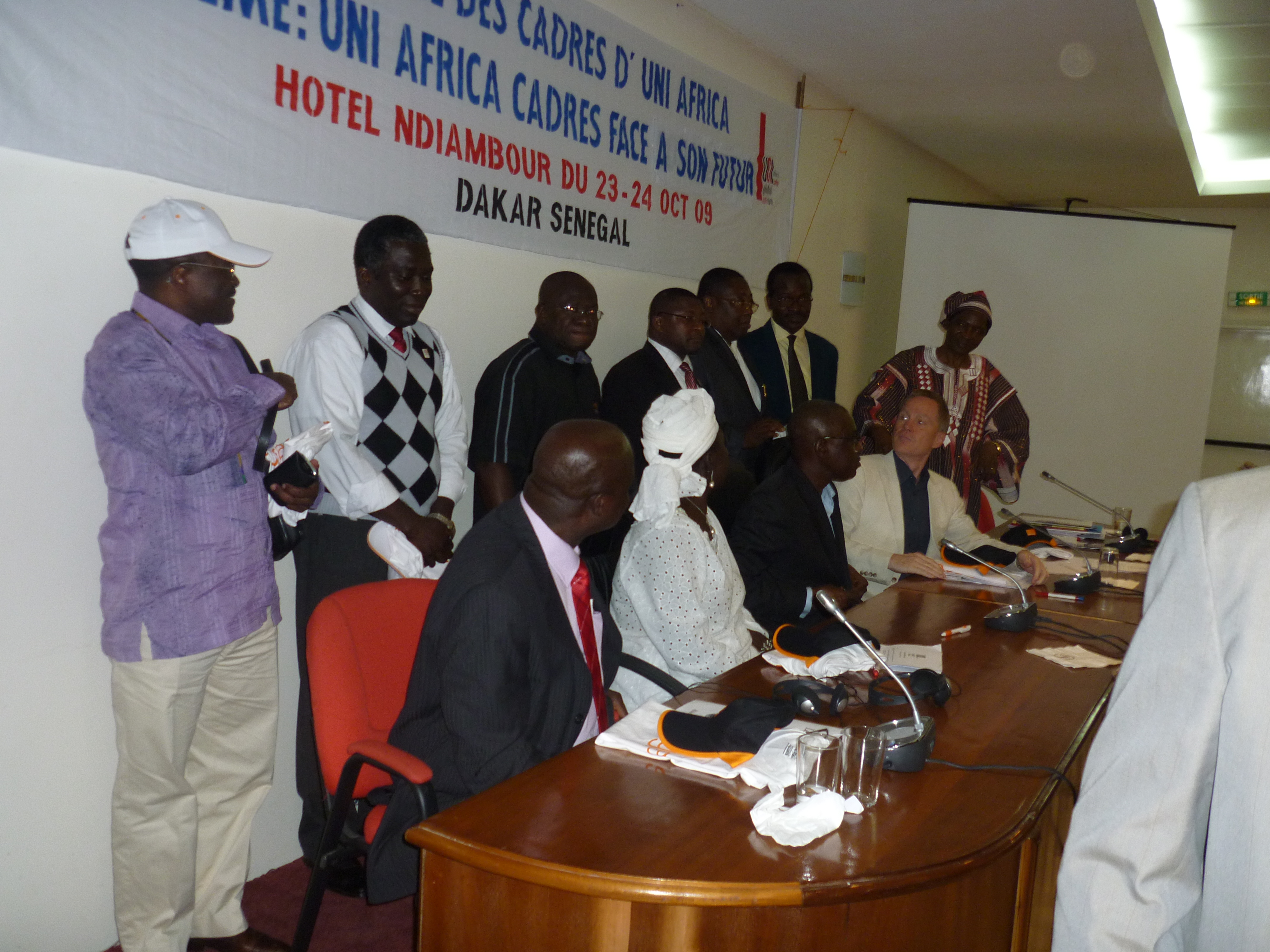 The 1st UNI-frica Professional and Managerial staff (P&MS) conference took place in Darker, Senegal from 23-24 October 2009 in the conference Hall of Hotel Ndiambour in the heart of Dakar.

The main theme for the conference which could be said, to some extent, as carrying more serious messages than could be imagined was: UNI-Africa P&MS facing up to its future. The Conference brought together over 40 participants of which 27 were delegates from Ghana, Nigeria, Niger, Tanzania, Senegal, Togo, and Cameroun among others.

The conference started with the usual fraternal greetings from the UNI African President, as usual, solidarity messages from UNI Europa P&MS president and CDFT/Cadres were also read.

The Key note address which was supposed to be given by the Minister in charge of Ministry of Work, Employment and Professional Organisation, was read on his behalf as he was engaged in another assignment of equal importance in another region.

To enable the secretariat come up with comprehensive policy document on the theme and sub themes the conference participants discussed their experiences, activities, success stories and many other relevant issues that their unions have had as far as dealing with the issue of  P&MS is concerned.

ICU was represented at the conference by Bro. John Aboradze Hayfron, a senior Industrial Relations officer from the P&MSU Department of ICU and Bro. William Adu-Asare, who is the President of the Association of Financial Institution of ICU, and the National Chairman of ICU.

A number of presentations were made by resource persons from across Africa and Europe.

The Conference discussed a number of issues including Social, Ethical, professional responsibility of P&MS, Services for P&MS, Decent work for P&MS, and Organising P&MS among others.

The recent unfortunate massacre of demonstrators in Guinea Conakry to a significant portion of the conference. A minute silence was observed for those who lost their lives as a result of that brutish incidence.

Elections were conducted to elect UNI-PMS executives who will steer the affairs of the UN-Africa P&MS. Mamadou Aidara Diop who works with Senegal Telecom was elected UNI-P&MS president.

The conference ended successfully with a summary of events and some discussions about future work priorities.